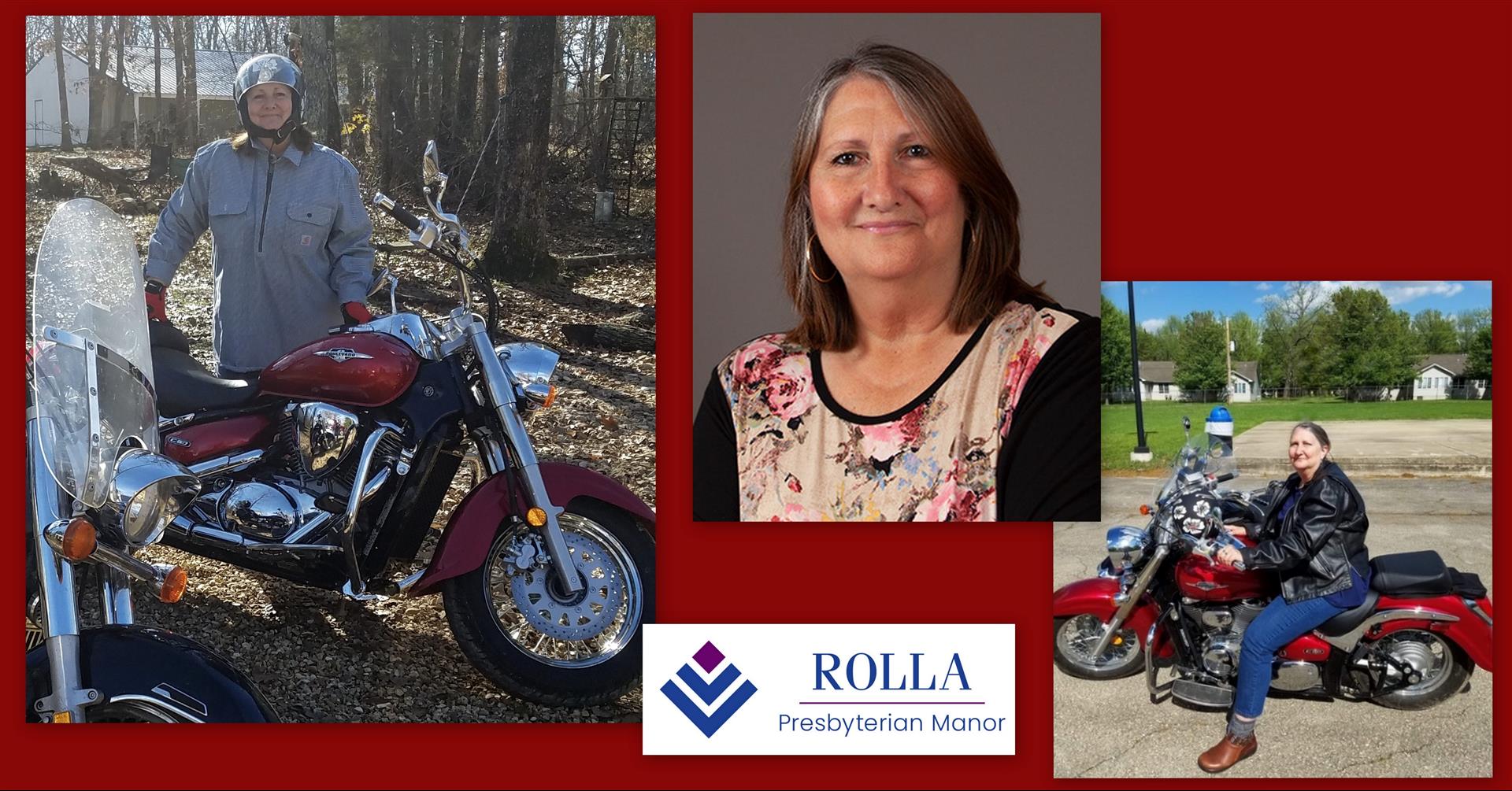 Social service designee serves residents in more ways than one

In September, Valerie Eades will celebrate her 10-year work anniversary at Rolla Presbyterian Manor. She began as a nursing aid and continued to pursue training: certified nursing assistant, then certified medication technician. She has worked in multiple departments, including memory care.

A career in senior care “just kind of finds you,” Valerie said. “It just kind of found me, and I love it. Our residents are so full of stories and information. They’re kind of like walking encyclopedias.”

Nearly four years ago, Valerie transitioned into her current role because she wanted to spend more time working with residents one-on-one.

“There were times I doubted myself, but the people here were so supportive,” Valerie said. She found that her experience in different parts of Presbyterian Manor gave her “the whole picture from all angles,” which helps her do her job better.

A major part of Valerie’s job is taking social histories from new residents in long-term care. She talks to them about their parents, siblings, careers and other aspects of their childhood and adulthood. She also attends to a host of other duties.

“A lot of my time is spent helping residents directly,” Valerie said. “It might be something as simple as help with mail or putting new batteries in their electric toothbrush.”

She has even helped a resident plan for the donation of their body to a research facility upon their death.

An “army brat,” Valerie moved a lot as a child. In 1977, she married her high school sweetheart, Ernest. She was 17 years old. She and Ernest have four adult children who range in age from 32 to 42: Lynda, Crystal, Nicole and Timothy. They are grandparents to seven, and the oldest granddaughter is just graduating from nursing school. Valerie spends a couple of days a week with her 86-year-old mother, who lives in a senior community just up the street from Valerie’s home.

Valerie spends some of her free time indulging in a relatively recent hobby: motorcycle riding.

“When I was 58, I said you know what, I’m going to learn to ride a motorcycle,” Valerie said. She took the first all-women course offered by a dealership in Jefferson City and purchased a Suzuki Boulevard 800.