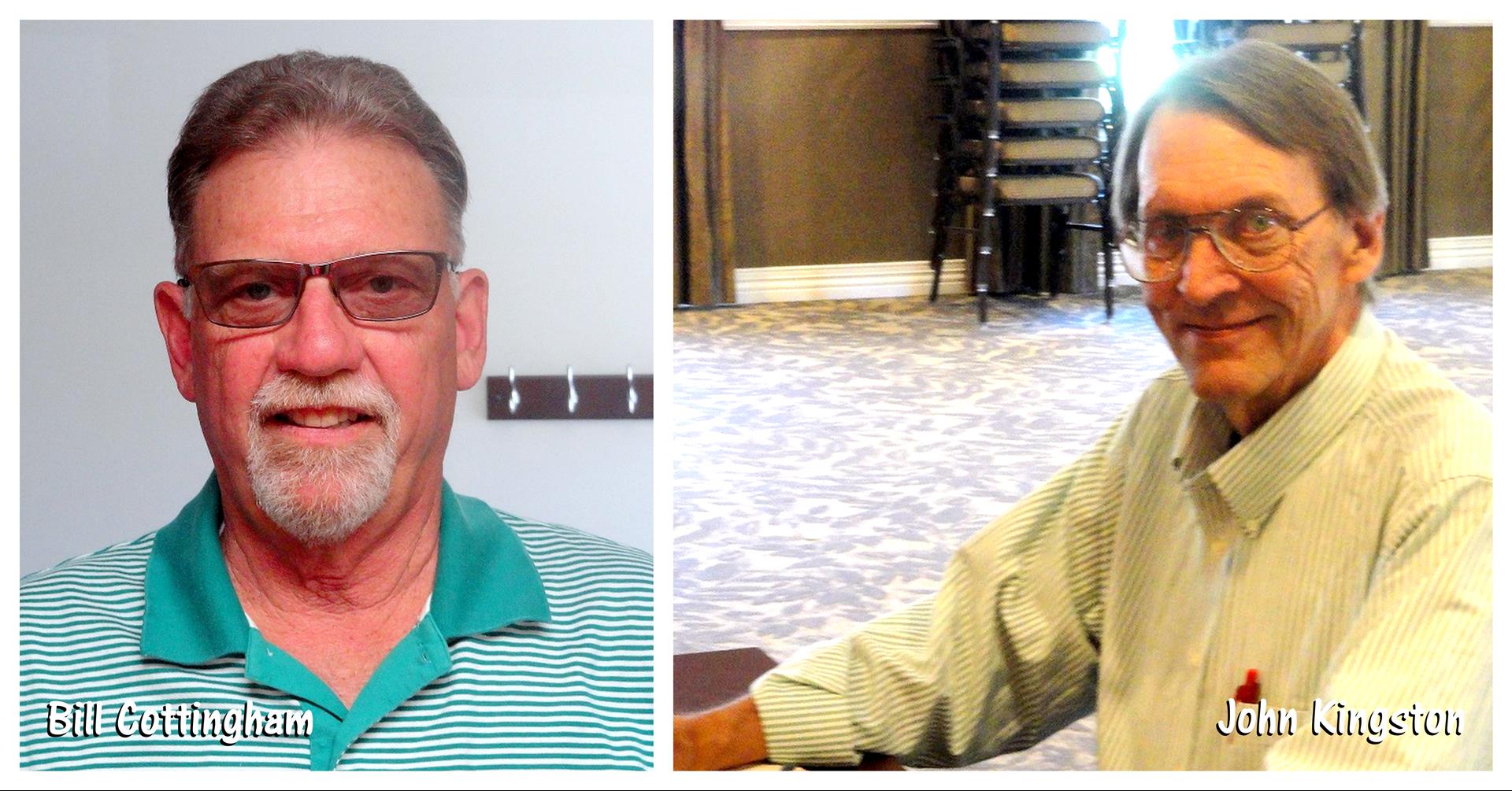 Each senior living community in the Presbyterian Manors of Mid-America system has a Mission Committee comprised of volunteers who are responsible for supporting and enhancing the services provided at each local campus. At Rolla Presbyterian Manor, we are fortunate to have Bill Cottingham and John Kingston as members of our dedicated and hard-working Mission Committee. Here’s a little more about them.

“I was recently retired. A good friend of mine I grew up with was on the committee, and they were looking for members. He called me and I had the time, so I accepted the challenge. I am a retired physician with a specialty in internal medicine. A large percentage of my practice was 60-plus, and I always had an interest in that area. This was something I was interested in doing in my retirement years,” said Bill.

Bill grew up in Rolla, graduated from Rolla High School and practiced medicine here for 36 years before retiring. He has friends living at Presbyterian Manor and encourages others to consider it when the time is right.

“I think they would be impressed by the community, impressed by the opportunities they get and all of the programs they have for their residents. They will be well cared for. I can’t think of a place that does as much for the residents and to meet their needs,” said Bill.

It’s a level of care that ties back to the PMMA mission.

“The mission of the Presbyterian Manor is to support the residents and their needs to make their retirement more fulfilling. The organization is very caring, and I’m really impressed by what they do for all of the people here – whether it’s independent living or assisted care to providing entertainment and education of all kinds to fulfill their needs. It’s just an outstanding organization and I’m very happy and privileged to be involved in assisting the organization in meeting the needs of the residents and even the staff and management of the campus,” said Bill.

Bill and his wife Pamela will celebrate their 47th wedding anniversary this summer. They have two grown children, two grandsons, a granddaughter and two step-granddaughters who they really enjoy spending time with. In addition to sharing time with family, Bill shares his hobby of playing the guitar with his oldest grandson. “He took up guitar over three years ago, and I’m afraid he’s passing me up.”

John Kingston has served on the Mission Committee for the past two years and has been the chairman since January. “My good friend Dr. Cottingham asked me if I wanted to be a member to which I happily agreed.”

John was no stranger to Presbyterian Manor, though. He had a connection to the campus through his mother, Betty Kingston.

“After losing my father, my Mom suffered a stroke while living in North Carolina. We moved her to our home in Rolla. After consulting with her caregivers and doctor, they suggested that she would need additional care. We inquired about communities in Rolla and chose Presbyterian Manor. Initially, she lived in independent living and as her condition worsened, she was transferred to additional care at Presbyterian Manor. Betty was quite content [here], and we were pleased with the care she received. She passed away after about two years, and happily joined my father.”

John has other passions outside of PMMA. He is a golfer at Oak Meadow Country Club, a member of their board of directors and a gardener. He is “essentially retired” from a career that included managing manufacturing facilities for three companies over the years and owning a floral company that distributed flowers and greens to approximately 30 regional florists. When he’s not golfing or tending to his garden, John works as a bus driver for Rolla Public Schools.

John and his wife Laura recently celebrated their 50th wedding anniversary. They have two grown children and seven grandchildren.

Posted on
by
Cindy PMMA
filled under
Volunteers
« Back to Blog