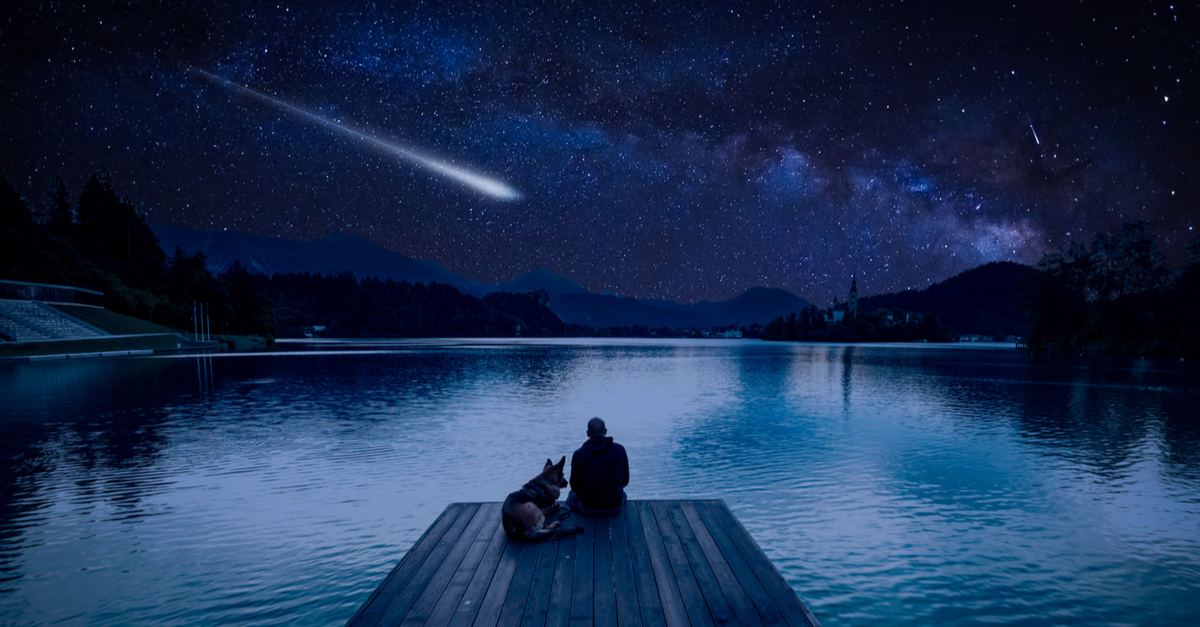 “The heavens declare the glory of God; the skies proclaim the work of his hands. Day after day they pour forth speech; night after night they reveal knowledge.” (Psalm 19:1-2, NIV)

The date was November 17, 1966, and the time was between 4 and 5 a.m. when my parents awakened me for a once-in-a-lifetime experience. A Leonid meteor storm sailed through the night at the rate of hundreds of meteors per minute. The sky appeared as a dome of fire. Fascination and fear gripped us as Earth passed through the dusty trail left behind by the comet Tempel-Tuttle. Mid-August brings the annual Perseid meteor shower. As it approaches, I have reflected on how meteors model how God manifests himself to us.

Meteors are always in the heavens.

We are ignorant of them until their path intersects with the orbit of the earth. God is always present in our life. He often remains invisible until some circumstance forces us to seek him. At those times if we pay enough attention, we can see his grace working to carry us through trials.

Meteors seem to travel across only a few inches of sky.

This does not seem like much until we realize that those small particles move at more than 40 miles per second. Judging how much God has to accomplish to assist us can be overwhelming. One life-changing event can touch dozens of people spanning a decade or more. Thirty years ago, I began a new church in Missouri. While putting together the plans, it amazed me to discover what God had already accomplished before I even started to work. He had set up the people, the place and the financing.

Meteors show what has already happened.

As the sky lights up with a “shooting star,” the meteor highlights the trail left by a comet. The comet has moved on, but we can see where it has been. Frequently, the work of God is the same. We see that his presence has passed near us by looking toward the past. The historical markers of solved problems, supernatural provision, and things occurring at just the right time prove his interest in us throughout our life: “If I go up to the heavens, you are there; if I make my bed in the depths, you are there.” (Psalm 139:8, NIV)

Posted on
by
filled under
Devotion
Spiritual Life
« Back to Blog